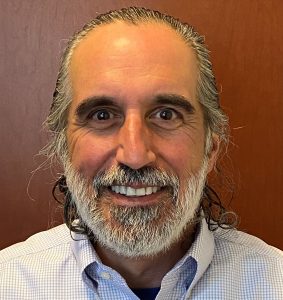 Carmine Giganti is an attorney with Chubb Insurance in Philadelphia. Carmine has been with Chubb for 23 years and has held various roles in its North America Legal and Compliance Department. He currently supports Chubb’s Global Casualty unit providing underwriters with general legal support.

Prior to working for Chubb Mr. Giganti worked in the legal departments of Reliance Insurance Company and the PMA Group, both in Philadelphia. Carmine is a licensed attorney in the State of New Jersey and the Commonwealth of Pennsylvania. He holds a BS in Political Science from The College of New Jersey and a J.D. from Widener University School of Law.

Nikki Johnson-Huston is a prominent tax attorney, motivational speaker, entrepreneur and tech co-founder of
the Donafy 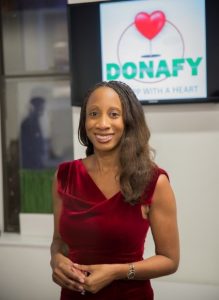 App which from 2015-2020 helped those in need locate nearby non-profits for services. A 2004 graduate of Temple University Beasley School of Law, Nikki earned a J.D./M.B.A/ LL.M in Taxation.

Nikki is a frequent speaker on how she overcame a life of poverty and homelessness to become a successful attorney. In addition, Nikki has won several awards including Ms. Universe 2021-2022, Women of Courage Community Advocate Award (2018), innov8tiv.com, Top 50 Visionary Women In Tech (2017), Philadelphia Business Journal Minority Business Leader Award (2016), Lighting the Path Awardee from Pathways PA, (2015), Pennsylvania Diverse Attorney of the Year by the Legal Intelligencer (2013), USA Eisenhower Fellow (2012), Nation’s Best Advocates: 40 Lawyers Under 40 by The National Bar Association (2012), Philadelphia Business Journal Woman of Distinction (2010), “Lawyer on the Fast Track” by the Legal Intelligencer (2009), and the Craig M. Perry Community Service Award given by the Philadelphia Bar Association Young Lawyers Division (2008). Nikki has been featured in numerous media outlets including Fox News “The O’Reilly Factor”, MSNBC, Al Jazeera America, The Philadelphia Inquirer, The Philadelphia Daily News, and WHYY “Radio Times with Marti Moss-Coane”.

Michael O’Brien is a partner in the Philadelphia office of Eckert Seamans Cherin & Mellott. Michael focuses his practice on commercial litigation, business and corporate counseling, and nonprofit governance.

From 2016-2020, Michael was an adjunct professor in the School of Business and Global Innovation at Marywood University, where he taught Legal Environment of Business. In addition to his civilian practice, Michael served as an officer in the U.S. Army Judge Advocate General’s Corps from 2007-2017.

Michael is a graduate of Georgetown University and Temple University Law School. 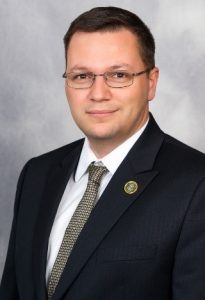